Maintaining Success Rates: Does Statway Sustain its Impact as it Scales to New Classrooms and Institutions?

By Melrose Huang and Hiroyuki Yamada 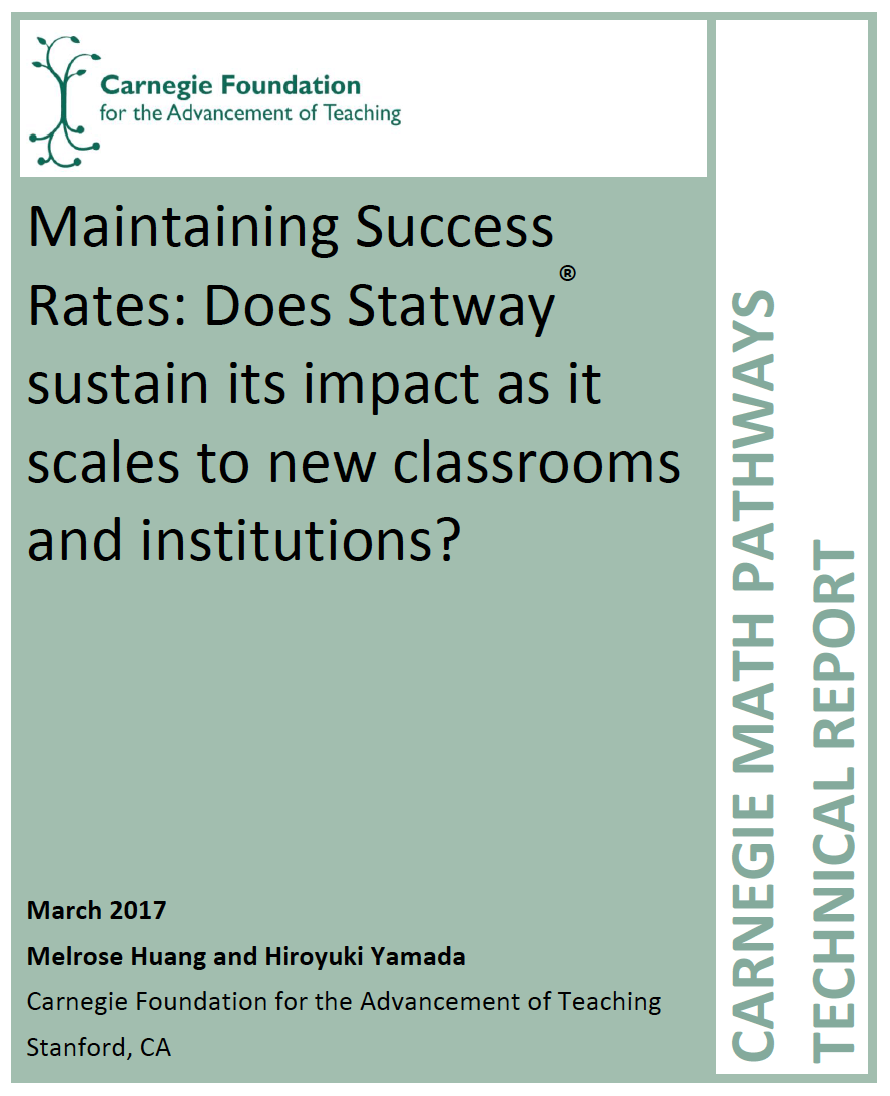 We assessed the effectiveness of the program in its third and fourth years by utilizing a multilevel modeling approach with propensity score matching to compare Statway student outcomes with their counterparts in traditional developmental mathematics programs. We found that in comparison to traditional developmental mathematics students, Statway students had a significantly higher likelihood of successfully attaining college-level mathematics credit — even when the time allowed for completion of college credit was extended to two years. These results are consistent across all sex and race/ethnic subgroups, as well as in almost all participating classrooms and institutions. Also, in replicating earlier findings from the first two years of the program, the results suggest that Statway continues to advance equitable outcomes even as it scales to greater numbers of students in an increasing number of institutions. This report also suggests potential areas for future investigation and research.