Each year, Kelly Kohlmetz, math literacy pathway coordinator and senior lecturer at the University of Wisconsin-Milwaukee, sorts through hundreds of freshmen student transcripts to make sure students are placed in the math course that best suits their needs.

If she finds that students are in the wrong course, she emails them and CC’s their advisor. It’s a task she undertakes independently to help advisors set students up for success.

“I want the advisors involved because they’re the first line of communication with the students. And a lot of times, the advisors know things that are happening in the students’ lives that I don’t,” she said.

Her engagement with advisors in the 10 colleges at UWM is one of the many ways she ensures that Quantway is as effective as possible for the university’s students.

Kohlmetz has been teaching at UWM since the fall of 1993 when she was a graduate student. She earned a master’s degree in math there and ultimately her Ph.D. in urban education.

UWM serves about 25,000 undergraduate students each year, 40% of which require remedial education. To address a very low pass rate in UWM’s former developmental math sequence—just 55%—she and her colleagues implemented Quantway in the fall of 2015.

“We implemented what is now Quantway Core and we were so pleased with it and saw such great results…I love the idea of the problem situations and not having a prescriptive textbook,” she said.

Since then, Kohlmetz’s involvement with Carnegie Math Pathways has been instrumental in helping develop and refine Quantway course options that are being offered to the CMP Networked Improvement Community (the network of educators and staff at institutions nationwide that teach Statway and or Quantway).

Kohlmetz became an Administrative Coach for the Carnegie Math Pathways in 2016, helping administrators at other institutions to implement and scale the pathways at their campus.

In the spring semesters of 2018 and 2019, she piloted Quantway corequisite courses, which saw 83% and 82% success rates at UWM, respectively.

She is an active member of the CMP Curriculum Committee, which develops and improves Statway and Quantway curricula. The committee is comprised of CMP staff and members of the CMP network.

Throughout her involvement with CMP, she has also continued to innovate on her own campus, even creating an online version of Quantway before CMP partnered with the adaptive learning provider, RealizeIt, last year to create fully-online versions of Statway and Quantway.

Kohlmetz piloted the fully-online version of Quantway Core this past fall and will be piloting the Quantway College version this spring.

While Kohlmetz wears many hats with the Carnegie Math Pathways, it’s her commitment to placement and advising that sets her apart. On top of checking student transcripts, she maintains strong relationships with advisors and meets with them regularly to keep them informed about math offerings.

“I guess I feel that, yes, it’s over and beyond but, it’s something that I think needs to be done, so I do it,” she said.

At the time of this interview, Kohlmetz was getting ready to schedule another round of meetings with advisors.

The monthly NIC Spotlight highlights exemplary educators and staff among the 1200+ members of CMP’s Networked Improvement Community (NIC) who use Statway and/or Quantway to help their students reach their college and career goals. 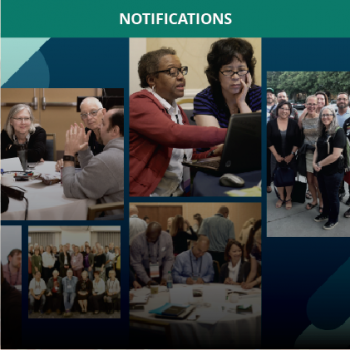